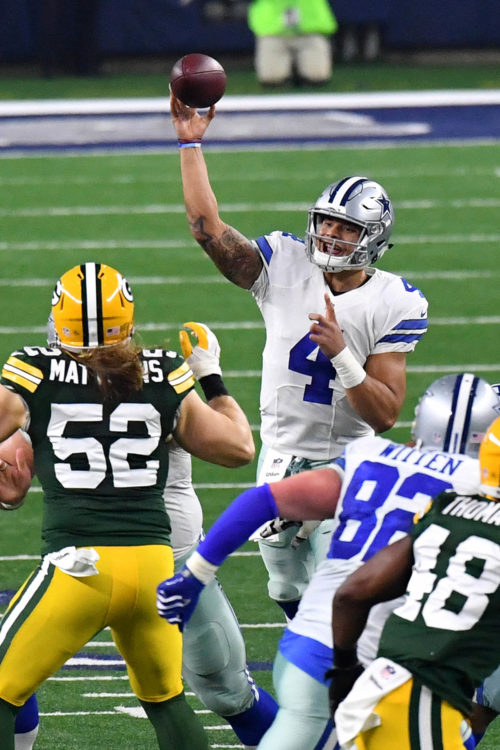 Dallas Cowboys quarteback, DAK PRESCOTT, completes a pass to wide receiver Cole Beasley at the end of the first half of the NFC Championship game at AT&T Stadium. Prescott completed 24 of 38 passes for 302 yards and 3 touchdowns and 1 interception in a 34-31 losing effort.

Dallas Cowboys quarteback, DAK PRESCOTT, completes a pass to wide receiver Cole Beasley at the end of the first half of the NFC Championship game at AT&T Stadium. Prescott completed 24 of 38 passes for 302 yards and 3 touchdowns and 1 interception in a 34-31 losing effort.