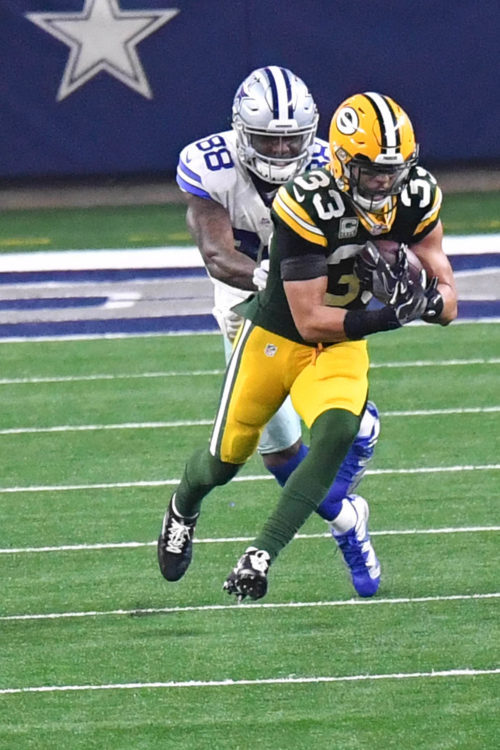 Green Bay defensive back, MICAH HYDE, makes a critical interception of a pass thrown by Dallas Cowboys quarterback DAK PRESCOTT in the third quarter of the NFC Championship game at AT&T Stadium. The Packers went on to win 34-31.

Green Bay defensive back, MICAH HYDE, makes a critical interception of a pass thrown by Dallas Cowboys quarterback DAK PRESCOTT in the third quarter of the NFC Championship game at AT&T Stadium. The Packers went on to win 34-31.