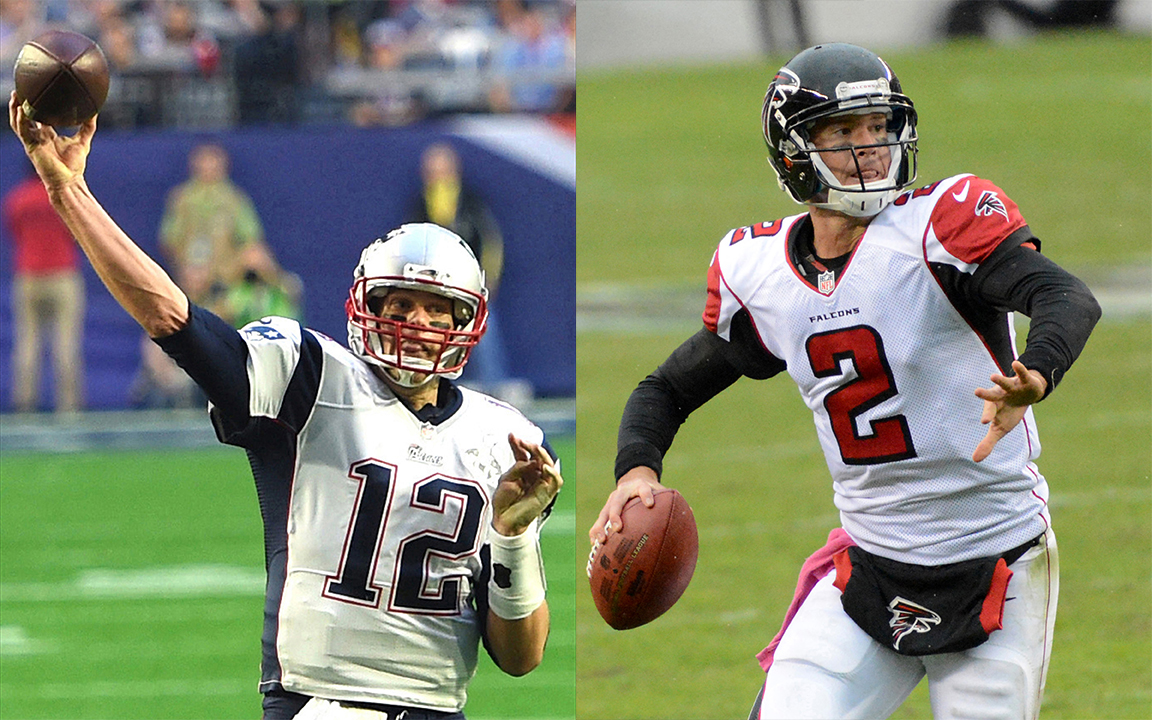 As a professional sports photographer, I know talent when I see it.

I have attended every Super Bowl since 2001. (Yes, I sat through the Baltimore Ravens’ drubbing of the New York Giants in Super Bowl XXXV, 34-7.

In case you haven’t seen me on television or the big screen at the game, I’m the guy with the football-size camera lenses sitting in the front row behind one of the goal posts.

And thanks to 40 years of capturing compelling sports moments, I am able to see the little things that most people miss. (I can prove it; visit my sports photography gallery, which is one of the largest in the nation or check out my collection at www.goldmedialimpressions.com.

So who will win the Big Game this Sunday? Drumroll, please…. 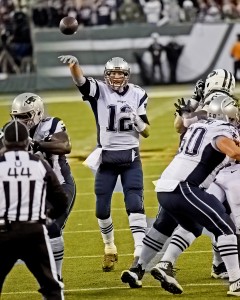 Tom Brady and the New England Patriots will win Super Bowl LI. I like the Atlanta Falcons and their upstart quarterback Matt Ryan. In fact, I like them a lot.

But this weekend’s game will not be like any other.

We will watch the best NFL quarterback of his generation—maybe ever—win back his pride.

Did you forget how this football season began? NFL Commissioner Rodger Goodell fined the Patriots $1,000,000 and a first-round pick because of the team’s involvement with under-inflated footballs during a 45-7 victory last year. More importantly, Brady was suspended four games this year for his alleged part.

So guess who has to shake Brady’s hand if the Patriots win the Super Bowl this year? Yup. You’re right. Rodger Goodell. The same person who sacked him.

Of course, Brady also wants the records and accolades. For example, he could win his fifth Super Bowl as a quarterback this Sunday. NFL QB greats Joe Montana and Terry Bradshaw are currently tied with him with four championships. Brady also could win a record fourth Super Bowl MVP.

To be fair, there are a few reasons why you may think the Atlanta Falcons have a chance. The team’s offense is one of the best ever in the NFL. It averages 33 points per game. And they are loaded at the skill positions with running backs Devonta Freeman and Tevin Coleman in the backfield with Brady, along with standout wide-out Julio Jones.

The Falcons’ defense has enough talent to cover all of the Patriot’s receivers like old-school AstroTurf, leaving Atlanta’s Victor Beasley and Adrian Clayborn to knock around a slowing Brady in the pocket.

The fact about underdogs ruling also has some merit. Underdogs have covered the Las Vegas point spread in 11 of the last 14 Super Bowls. In the majority of those Super Bowls, the underdog has won outright. (At this moment, Atlanta is projected as the “underdog” in this Sunday’s game.)

If that’s not to sway everyone who is not an iconic sports photographer, then here is one for the gamers: Five months ago, Madden 17 predicted that the Atlanta Falcons would win Super Bowl LI. (Of course,  the video game also predicted that Atlanta would beat the Pittsburgh Steelers to win the title, so…a  little off.)

And finally, Atlanta may have a chip on its proverbial shoulder. In 1998, the Falcons reached Super Bowl XXXIII when the other team missed a field goal. In the end, Atlanta lost miserably to the Denver Broncos and helped John Elway end his career in style.

However, they don’t know what I have seen. Remember, I have pictures. And I always look at the eyes. Tom Brady’s eyes are more serious and focused than ever in his career.

And this year, he’s not trying to pad his numbers or add a ring to his pinkie. This year, he is playing for pride.

I will publish photos of the most compelling moments and the top player-makers upon my return from Houston.

In the meantime, let me know what you think. Tell me your prediction on Facebook  or Twitter along with the hashtag  #SuperBowl51.

Richard Druckman is a sports photographer who captures iconic moments in professional sports, high school sports and the Olympics. To learn more, visit www.goldmedalimpressions.com, call 609-606-9001, send an email to [email protected] or visit the sports photography gallery at 43 Princeton-Hightstown Road in Princeton Junction, N.J. Be sure to follow Gold Medal Impressions on Facebook and Twitter.